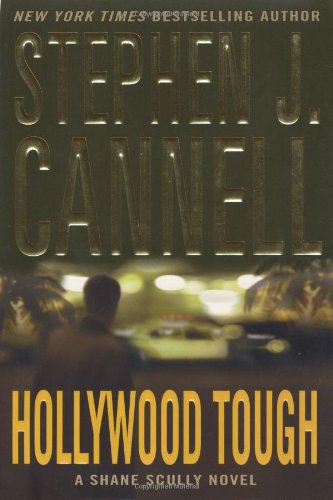 It's tough to tell the hardened criminals from the corrupt Tinseltown players in Cannell's latest (after ), an overplotted yet entertaining detective novel that follows L.A. gumshoe Shane Scully and his gorgeous wife, Alexa, as they try to trap a mobster by sponsoring a high-profile movie. The fun starts when Scully runs into a small-time hood he once busted, Nicky Marcella, who is running a film studio that turns out to be a thinly veiled scam to lure beautiful, scantily clad women into phony auditions. But Scully also discovers a link between Marcella and major mob player "Champagne" Dennis Valentine, and after digging around a bit Scully learns that Valentine is making a major push to take over the various low-level Hollywood unions. Scully uses his relationship with Marcella to cozy up to Valentine, then concocts a sting operation to bust the mobster by having the LAPD finance a phony film and catch Valentine in the act. The plotting gets too busy when Cannell introduces a gang war subplot that features Scully's adopted Hispanic son, Cooch, whose efforts to escape gang life fail when his girlfriend is kidnapped during a battle between several gangs over a major heroin shipment. Cannell, creator of such TV shows as , clearly knows the ins and outs of the entertainment industry, and the detective story, with its wry, subtle humor, doubles as a Hollywood satire. Most of the cops-and-robbers sequences hit the mark as well, and the well-drawn characters and keen observations on the similarities between Hollywood and the mafia make this a winner.