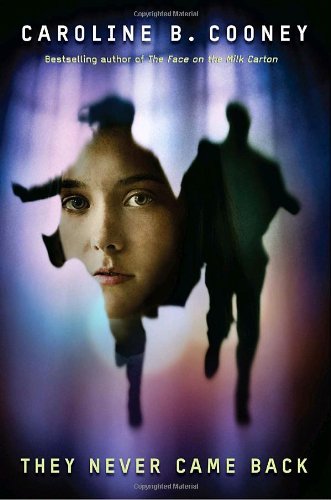 They Never Came Back

A forgotten scandal surfaces when 15-year-old Cathy Ferris, who’s taking an intensive summer Latin class in Greenwich, Conn., is accused by another student, Tommy, of being his long-lost cousin, Murielle Lyman. Murielle’s parents embezzled millions of dollars and fled the country without their daughter five years earlier, affecting several people in the community. This includes the families of several of Cathy’s classmates, who are all left wondering—is Cathy really Murielle? Cathy keeps the answer secret (though not from readers), but she’s left with some big questions and choices regardless: her resemblance to Murielle has attracted the attention of the FBI, which hopes to use her to ensnare the Lymans. Cooney’s ( ) tightly constructed thriller teems with suspense and has a touch of romance. The third-person narration initially switches between Cathy and 10-year-old Murielle, who is coping with her parents’ flight, but like the story itself, it evolves and grows in complexity. Through a large cast of convincing characters, Cooney expertly plumbs the lingering emotional aftereffects of the Lymans’ actions, raising difficult questions about family, loyalty, and self. Ages 12–up.