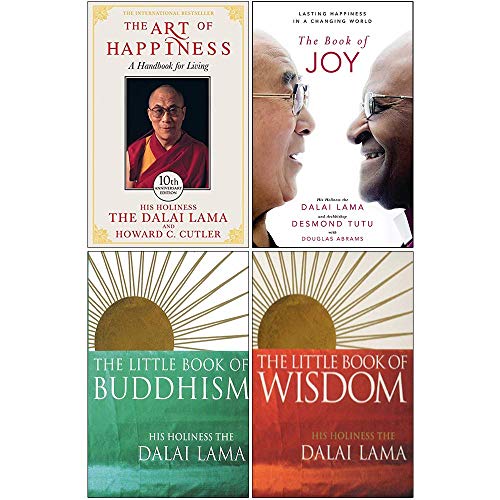 The Book of Joy: Lasting Happiness in a Changing World

Cultivating joy was the subject of a five-day conversation between the Dalai Lama and Tutu, Archbishop Emeritus of South Africa, held in 2015 at the former's residence in exile in Dharamsala, India. The two Nobel Peace Prize recipients argued for a "true joy that was not dependent on the vicissitudes of circumstance," writes Abrams, who moderated the rare meeting between the two friends on the occasion of the Dalai Lama's 80th birthday. Highlighting the men's playful joking and delight in each other's company, Abrams carefully balances their strong voices during intense discussions on the many obstacles to joy (including fear, anger, and adversity) and ways to cultivate greater well-being, using as a framework the "eight pillars of joy" (perspective, humility, humor, acceptance, forgiveness, gratitude, compassion, and generosity). Throughout, Abrams skillfully incorporates information about each leader's life and work, basic Buddhist principles undergirding the Dalai Lama's perspectives, and current scientific research. The dialogue intentionally focuses on areas of common ground accessible to readers of any faith or none, though Christians can be assured that Tutu's contributions are infused with his deep love of God. This sparkling, wise, and immediately useful gift to readers from two remarkable spiritual masters offers hope that joy is possible for everyone even in the most difficult circumstances, and describes a clear path for attaining it. (Sept.)
close
Details