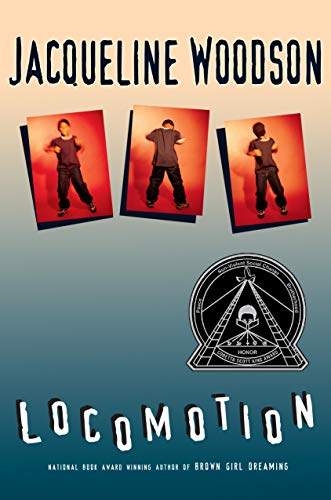 The kinetic energy of the aptly named Locomotion (the nickname of Lonnie Collins Motion) permeates the 60 poems that tell his sad yet hopeful story. Lonnie's first poem sets up a conflict familiar to anyone who has attempted creativity: despite the cheering of his teacher, Ms. Marcus ("Write it down before it leaves your brain," she says), as he begins to write, Lonnie hears the critical voice of his foster mother ("It's Miss Edna's over and over/ "). As Lonnie explores poetry's various forms throughout this brief yet poignant and occasionally humorous volume, he also reveals Miss Edna's kindness toward him in the little things she says and does ("The last time Miss Edna came home and found me/ crying She said / "). Gradually Lonnie reveals that at age seven, his parents died in a fire, leaving him and his younger sister, Lili, orphaned. Lili was adopted, yet Lonnie figures out a way to visit her regularly. The gradual unfolding of his life's events intermingle with his discoveries about poetry as a form, from haiku to sonnets ("Ms. Marcus says "sonnet" comes from "sonnetto"/ and that sonnetto means little song or sound/ It reminds me of that guy's name Gepetto/ the one who made Pinocchio from wood he found") to the epistle poems he writes to his father and to God. Woodson, through Lonnie, creates (much as Sharon Creech did with the boy narrator in ) a contagious appreciation for poetry while using the genre as a cathartic means for expressing the young poet's own grief. Ages 10-up.