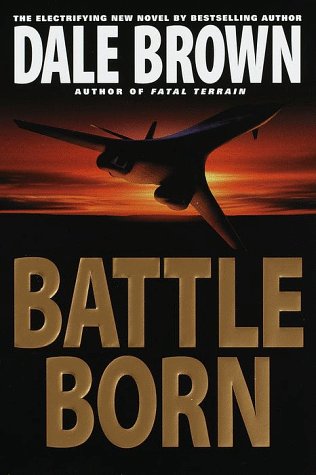 Last spotted on a singlehanded crusade against international terrorism in The Tin Man, veteran hero Patrick McLanahan, now a one-star general, is back at the head of a U.S. Air Force team in this 12th military techno-thriller from the ever-popular Brown. The general's crew--a motley gang of rule-breaking hotheads from the Nevada Air National Guard--is unorthodox, but desperate times call for desperate measures. It's April 2000, and a starving North Korean pilot has just tried to take out Seoul with nuclear weapons. This leads to the Second Korean War, as American flyers help their South Korean allies conquer a seriously weakened enemy. But a new united Korea is soon threatening China, and only McLanahan's team, flying Megafortress bombers equipped with sophisticated antiballistic missiles, can prevent nuclear conflict. Sidestepping obstructive air force bureaucracy and quelling the feuds smoldering among his pilots, McLanahan takes on the role of a renegade elder statesman in his latest foray, leaving most of the flying to his Nevada team, headed by Rinc ""Rodeo"" Seaver and Rinc's clandestine lover and commanding officer, Rebecca Furness. Seaver, accused of causing the deaths of three officers in a training maneuver, has a lot to prove, and it is his story that drives the personal subplot. Brown's strongest suit, however, has always been his ability to generate tension through high-wire aeronautics and technological breakthroughs, and in this tale he flourishes an ace: top secret plasma-yield warheads, subatomic weapons that silently vaporize their targets. His dialogue is as stilted as ever, and the acronym count as high, but Brown's poetry lies in his exhaustive tribute to the machinery of war, and fans will thrill to it once again in this solid addition to the series. Agent, Robert Gottlieb at William Morris. Simultaneous BDD audio. (Nov.)
close
Details