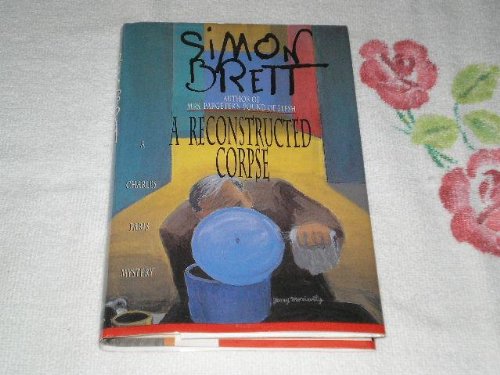 In less skillful hands the premise for Brett's Charles Paris series might, by now (the 15th entry), be wearing dangerously thin. Each time out, Charles has posed as an unsuccessful actor, yet he seems always to have a paying gig of sorts. No matter. Brett is a master of the English cozy, comfortable, witty and sympathetic to his hero's plight. To pay the rent and keep himself in Bell's Whisky, Charles plays a missing man on a popular telly show where real crimes are re-created to entertain and to aid ongoing investigations. The author spends less time with obvious suspects than with the egos assembled behind the cameras, and in uniform: a dictatorial producer, the scared minions in his employ, and a pretty and ambitious policewoman whose former lover, a private investigator, left Scotland Yard under a cloud of suspicion. As always, Charles is endlessly inquisitive, especially when the arms of the real missing man are found in a fresh grave, and the likely widow, a willowy and temptingly photogenic woman named Chloe, seems to bask in her newfound celebrity. Once again Charles, last encountered in Corporate Bodies , is better at sleuthing than emoting, much to readers' continuing benefit. (June)
close
Details