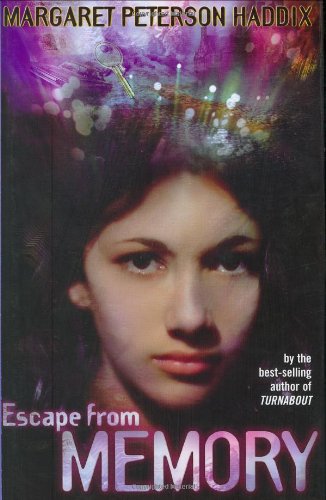 When 15-year-old Kira's friends hypnotize her, she remembers a "Mama" who is not the woman she knows as her mother speaking a language that's not English. Her mother, Sophia, won't answer her questions, and shortly afterward, a stranger calling herself Aunt Memory appears, telling Kira that Sophia has been kidnapped and that Kira must go to Crythe, her true homeland, to save her. This is the promising start to Haddix's ( ) science fiction novel; unfortunately, her premise gets muddled amid confusing details. Once in Crythe, the alleged Aunt Memory tells Kira about native culture and history; after the Chernobyl meltdown, she says, the village was relocated to California (Kira, raised in Ohio, had believed she was born in California). War broke out, and Kira's birth parents were executed. Haddix steadily infuses creative ideas: Crythe is a memory-obsessed culture where children learn from an honorary "Aunt Memory" to record every detail. Kira's birth parents, both geniuses, had built "a system to replicate memory on a computer. But it was human memory they could copy, not digital." Kira, apparently, has her parents' memories embedded within her, and these now put her in danger. Fans of the author's Shadow Children series can count on an abundance of twists and cliffhangers, but ultimately readers may be frustrated by the plot's vagueness, especially around the state of current Crythe. Additionally, the book's villain is too much of a caricature to be truly scary. Ages 12-up.