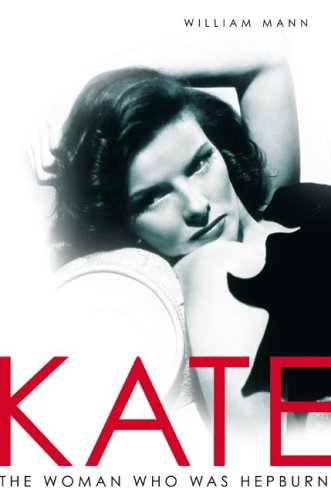 Kate: The Woman Who Was Hepburn

Mann, a skilled chronicler of gay Hollywood ( ), says at the onset it doesn't make sense to try to pin down Katharine Hepburn with modern labels of sexual identity. Mann's careful research on the longstanding rumors about Hepburn's lesbianism suggests that the notoriously feisty and tomboyish actress lived her life as a man with little empathy for women's issues. This interpretation also shatters the legend of her romance with Spencer Tracy—instead, Mann establishes a pattern of relationships in which the sex-averse Hepburn played emotional caretaker to a series of alcoholic, closeted homosexuals that, in addition to Tracy, included director John Ford. Yet the portrait is constructed so carefully that it never feels shocking. Mann also devotes significant attention to Hepburn's rocky relationships with Hollywood studios and with the press, revealing that the self-styled renegade wasn't above collaborating to shape her public image, and depicts her final decline into alcoholism and depression with sensitivity. Hepburn's siblings and contemporaries (now free to speak after her death) make major corrections to earlier Hepburn biographies, creating a picture of a complex woman rather than the icon she worked hard to become in the public's eye. This will surely be the definitive version of Hepburn's life for decades to come, as it is an outstanding example of painstaking research matched with splendid writing.