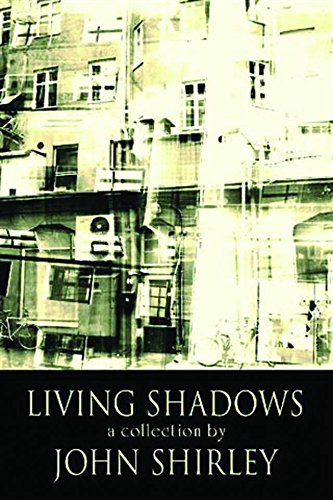 In this collection of new and reprinted stories, Blue Öyster Cult songwriter and cyberpunk pioneer Shirley ( ) demonstrates his talent for blurring genre boundaries. The first section contains nonfantastic accounts of the darker side of humanity, including the quietly creepy “The Sewing Room,” in which a woman discovers that her husband is a serial killer and is tormented by her conflicting responsibilities to her family and to justice, and “Seven Knives,” a brutal tale born from the author's experiences of moral bankruptcy and narcissism in Hollywood. In the second section are stories with fantastic elements, including “Blind Eye,” a continuation of a Poe fragment in which a lighthouse lamp reveals the hidden sins of the villagers living below, and the Lovecraftian novelette “Buried in the Sky,” about a skyscraper complex built upon a pre-Aztec foundation. In Shirley's world, solitary characters go to desperate means to connect with others, never quite succeeding but still recognizable and poignant in their humanity.