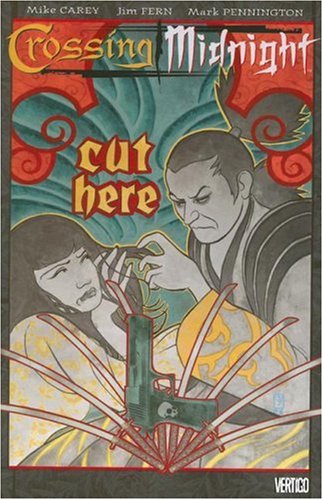 A fun, often suspenseful addition to Carey's already notable fantasy/horror-driven work. The premise reads just like the modern Japanese horror movies on which is clearly based. A man, Yasuo, prays for a child to be born, and instead he gets twins—a boy and a girl. They grow up normally until one day a demon comes to cash in on Yasuo's promise of an “offering.” The demon takes the daughter, Toshi, who finds herself in training to be a warrior princess, while son Kai watches helplessly. Meanwhile, Yasuo appears to have mob-related problems. Carey moves this plot along briskly, offering a wealth of details about modern Japanese life in Nagasaki. He's done his research and it pays off in a sense of realism. Fern complements this with detail-driven art that immerses the reader in the time and places of the story. His clean lines and exactitude work in both city streets and mystical byways, while the characters are both visually and thematically appealing. This is a solid, entertaining and beautifully executed exercise in Japanese genre fiction—every bit as gripping as its filmic equivalents.