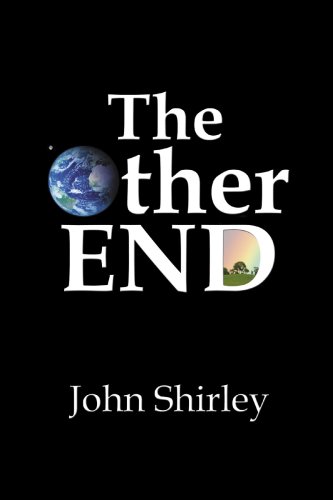 Veteran horror writer Shirley ( ) swaps gory for glory in this inventive if politically heavy-handed left-wing answer to Tim LaHaye and Jerry B. Jenkins's evangelical Left Behind series. Child slavers, genocidal soldiers and corrupt statesmen have fourth-dimensional visions and abandon their wicked ways in the first part of the novel, narrated by reporter Jim Swift and his conspiracy-nut friend, Ed Galivant, in a style oddly reminiscent of C.M. Kornbluth's "The Silly Season." Readers of all persuasions will relish the repentance of these universally acknowledged bad guys, but once the good guys ascend to a better place, most of the people left behind are Republicans, Scientologists, oil company CEOs and anyone "fundamentalist, hard-line, inflexible." By dispensing justice along party lines, Shirley limits his audience to a choir that won't mind 300 pages of very pretty preaching.