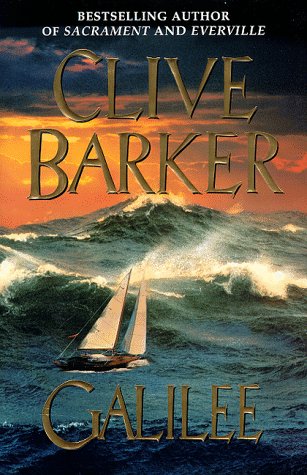 A family saga isn't what we'd expect from Barker (Sacrament), the most ambitious dark fantasist of our time, but that's what he delivers in his most elegant, and most conventional, novel yet. A Barker family saga is perforce unlike others--and so not only are two entwined families chronicled here but one, the Barbarossas, descends from voracious divinities, ""two souls as old as heaven""; the other, the Gearys, are modeled roughly on the Kennedys. The story, an intricate mosaic of first-person and third, is narrated by the reclusive Maddox Barbarossa as a history he writes in the family manse hidden in the Virginia woods and designed long ago by Thomas Jefferson, one of his divine stepmother's countless lovers. Its canvas stretches from New York to Hawaii to the Middle East, from the ""ancient day"" when Maddox's half-brother, Galilee, was baptized through the American Civil War--during which Galilee joins forces with the impoverished Southern founder of the Geary dynasty, whose cruelty and greed ensures the Gearys' immense wealth and power. Most of the story rests in the present, however, concentrating on the newest Geary, n e Rachel Pallenberg, who marries a callow Geary scion only to witness the outbreak of ""war"" between the Gearys and Barbarossas and to become the latest Geary woman to fall under the spell of the near-immortal, sexually mesmerizing Galilee. The novel's scale is smaller than that of previous Barker efforts--missing are the titanic battles of form vs. chaos, good vs. evil, the riot of wonders and terrors. But it's less cluttered, too, despite abundant inspiration and invention and satisfying smatterings of Barker-brand sex, scatology and violence. Above all, there is a new richness of character, of its warpings and transfigurations by hatred and love, blood legacy and death. $150,000 ad/promo; simultaneous HarperAudio; author tour; U.K., translation, dramatic rights: Clive Barker. (June)
close
Details