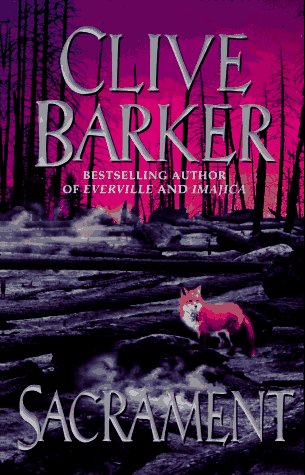 A giant of horror strides toward mainstream fiction in this awesome but skewed novel. Not that Barker (Everville, etc.) has forsaken the fantastic and outre; but here, the premier metaphysician of dark fantasy mutes his usually riotous imagery, placing it in the service of an elegy for the natural world. He also creates his first proudly gay hero, Will Rabjohns, celebrated for his photographs of endangered species. Will's profession, as well as his sojourns in San Francisco's gay community, reflect the themes of the novel--creation and, above all, extinction, both of animals and of humans, especially of gay men through AIDS. The story opens with Will being mauled by a polar bear and plunging into a coma from which he recalls his boyhood in England. In flashback, Will meets Steep, a gaunt, inhuman creature clad in human form, and Steep's lethal, lamia-like partner, Rosa. Steep's passion is to snuff species into extinction; his mate's, to give birth to her and Steep's progeny. Awakening from his coma, Will travels to S.F., then to England for an apocalyptic climax at a hovel inhabited by lost species and souls. Barker's prose is as fertile as always, and his characters are rubbed raw with life and death; but the story line lacks the narrative urgency and grand arcs of his other works. The symbolism can be strained at times. Likewise, despite the thematic paste, the gay and fantasy elements don't bond well, though both provoke moments of breathtaking drama. Even in this fractured tale, Barker presents an astonishing array of ideas, visions and epiphanies; but they're seen as if through a glass beveled and crazed. $175,000 ad/promo; simultaneous HarperAudio; dramatic rights: Sterling Lord Literistic; author tour. (July)
close
Details