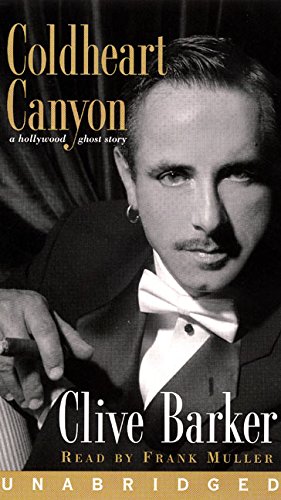 Those with the determination to commit to nearly an entire day of listening will be glad they put forth the effort, because this is one impressive production. Barker's 19th book is an epic saga of Hollywood's underbelly, a dazzling commentary on the world of glitz and glamour. With nods to vintage stars and today's hotties, listeners won't have trouble linking the book's characters to their real-life counterparts (e.g., who on earth could Keifer Smutherland be?). The story's darling is one Todd Pickett, an actor who's approaching a certain age and, seeking escape from the limelight, heads to an estate in the remote Coldheart Canyon neighborhood of Hollywood, where he becomes entangled in a fantastical web of ghosts of early movie stars. This mammoth tale is really best for celluloid fanatics and Barker diehards; so-so fans may want to space out the 22 hours of audio over some time. Audiobook veteran Muller rises to the occasion, and his stalwart performance should please Barker. His accents run the gamut, from an old Romanian priest to a pushy film agent. Not for the straitlaced listener, this audiobook hits hard and will stay with listeners for a while.