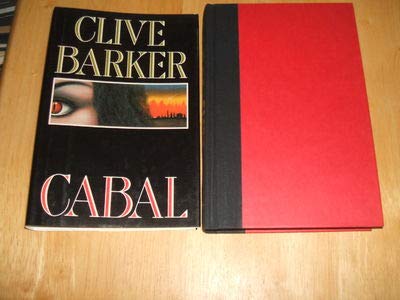 Comprised of a novel and four long stories, this volume is classic Barker, full of lurid, bloody imagery and action involving large-than-life characters. It's great fun and provides plenty of thrills or giggles, depending on how seriously you take it. In the novel, Cabal , Boone, a recovering psychotic, is cleverly manipulated by his psychiatrist, Decker, into believing that he has committed several savage murders. Decker, of course, is the villain, but Boone does not catch on. Considering himself unfit for human society, Boone flees, eventually to come upon Midian, a large crypt inhabited by the Nightbreed, dead souls in shape-changing bodies, neither good nor evil, who turn Boone into one of their own. Of the shorter works, the best written is ``The Life of Death,'' about a woman who becomes enthralled by death and is transformed into a kind of Typhoid Mary. Another, ``The Last Illusion,'' which concerns the fate of a magician's corpse, is full of intriguing moments. First serial to Penthouse; Doubleday Book Club main selection; Literary Guild featured alternate. (October)
close
Details