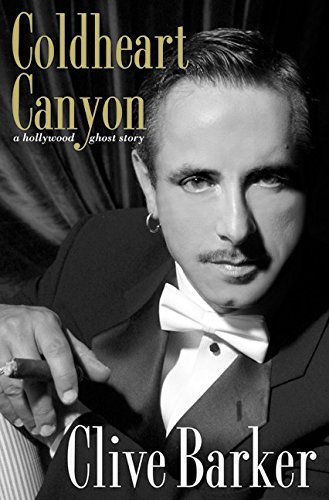 Barker fans may breathe a sigh of relief. That the Walt Disney Company is paying $8 million for ancillary rights to the author's forthcoming for-all-ages novel series, The Arabat Quartet (first volume due out in 2002), doesn't mean the British master of dark fantasy has lost his savage bite. Barker's new novel is a ferocious indictment of (and backhanded tribute to) Hollywood Babylon, depicted through Barker's glorious imagination as a nexus of human and inhuman evil where fleshly pursuits corrupt the spirit. It's also one ripping ghost story, spooky and suspenseful, as well as a departure for Barker in that here, as never before, the fantastic mingles with the real, kind of.

Many ghosts haunt the titular canyon, and some of them are the shades of men and women we already know as shadows—of the silver screen: Victor Mature makes an appearance, as do George Sanders, Mary Pickford and many others. When alive, these stars and their colleagues were drawn by the beautiful, rapacious film star Katya Lupi to her magnificent home in Los Angeles's Coldheart Canyon. What kept them at the house, even after death, is the incredible room in its lowest story. Assembled from thousands of painted tiles, that room—brought to California in the 1920s from an ancient monastery in Romania—is literally alive with evil; the tiles depict a world that mortals may enter, and within which the Queen of Hell has condemned a nobleman to hunt forever, or until he entraps her son. The room's powers bestow timeless youth on some, including Katya, but give rise to monstrous entities as well. In the present day, into this horrific place enter several modern sorts, most notably A-list film hero Todd Pickett and a dowdy woman, head of Todd's fan club, whose courage and good sense mark her as the novel's hero.

The narrative rocks, as Barker's always do, with intense violence and sex sacred, profane and grotesque; a torrent of intent and emotion from the depraved to the sublime; and, here, an impressive thematic excavation of the interplay between illusion and reality, the fantastic and the real. Many of the players without famous names are reminiscent, nastily, of known celebrities; decoding this roman à clef is fun. But entertainment is only one card Barker flashes. Along with the others—a fluid writing style; a canvas whose twisted originality rivals Bosch; a depth of theme; and an understanding of the human yearning for good and evil alike—they add up to a royal flush, one of the most accomplished, and most notable, novels of the year.