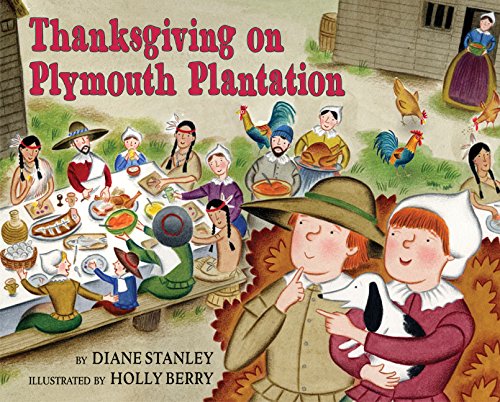 When the Time-Traveling Twins visit Grandma, her magic hat whisks them to Plymouth Plantation in the fall of 1621. As with the series' previous titles, the narrative moves the action forward while delectable factual details come across in thought balloons comics-style. Readers will likely learn a few new things (e.g., the Puritans first took refuge in Holland before coming to America) and delight in other discoveries (because water in England "wasn't safe to drink," even the children sipped beer for breakfast). Berry's full-bleed spreads show autumnal New England at its best, while split panels convey a variety of perspectives, such as the climactic spread of the harvest meal. Ages 5-10.