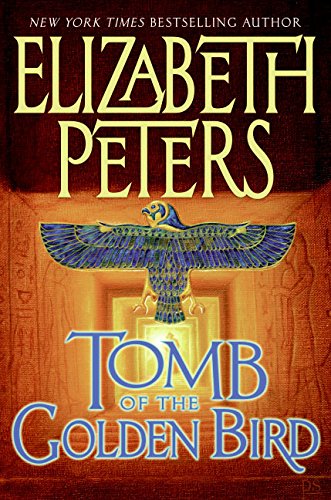 Tomb of the Golden Bird

The absorbing 18th entry in MWA Grand Master Peters's bestselling Amelia Peabody series (after 2005's ) centers on one of the great real-life discoveries in Egyptology—the opening of Tutankhamon's tomb in the Valley of the Kings in 1922. Amelia's husband, Radcliffe Emerson (aka "the Father of Curses"), has been wooing Lord Carnavon and Howard Carter to let him excavate in the Valley of the Kings where they have digging rights, leading his competitors to think there must be something worth unearthing in the area. The eventual uncovering of King Tut's burial chamber and its magnificent contents attracts a host of museum curators, antiquities specialists, government officials, reporters and thieves. The arrival of Emerson's shady half-brother, Sethos, desperately ill and carrying a secret document, further complicates a plot involving attacks on the Emerson family, Middle East politics, conspiracies and love affairs. Once again Peters delivers an irresistible mix of archeology, action, humor and a mystery that only the redoubtable Amelia can solve.