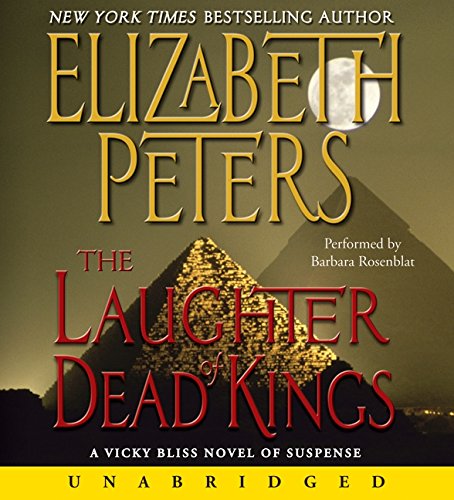 The Laughter of Dead Kings

Barbara Rosenblat is the perfect performer for a caper that whirls the listener in and out of Egyptian tombs and the glories of Luxor. Some murder and mayhem are tossed in, but they’re almost tangential. Rosenblat captures all the wit and deductive skills of Vicki Bliss, an American art curator/detective, but also conveys her down-to-earth side. However, for all her many talents, Rosenblat is surprisingly inept with foreign accents. The overblown German accent of Vicki’s boss, Schmidt, works well for the larger-than-life bon vivant, but John, Vicki’s fellow sleuth and love interest, teeters in and out of various British accents, and the Egyptian accents of the locals are totally off. Nevertheless, characters’ voices are quite distinctive, so don’t worry about getting lost in a verbal desert. Rosenblat’s overall performance and rapid-fire pacing make this overlong book more enjoyable in audio form than on the printed page.