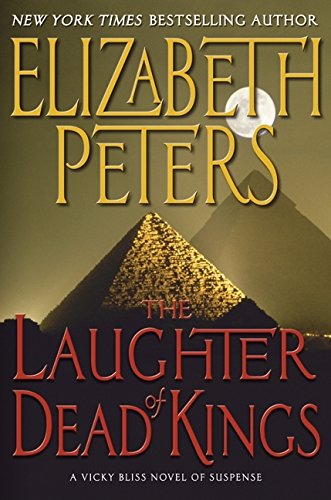 The Laughter of Dead Kings

Fans of bestseller Peters's Vicky Bliss series will welcome her solid sixth suspense novel to feature the plucky art historian, last seen in (1994). In Munich, where Vicky is an assistant curator at the city's National Museum, she and her longtime love, John Tregarth (formerly Sir John Smythe, notorious art thief), are shocked when their friend Feisal, the “Inspector of Antiquities for all Upper Egypt,” arrives unexpectedly and informs them that King Tut's mummy has been stolen from its tomb in the Valley of the Kings and that John is the prime suspect. Vicky and company, including her inquisitive boss, set off on a whirlwind quest beginning in Europe and ending in the Egyptian desert to clear John's name and recover the famous corpse. In compensation for a slower pace than in earlier books, Peters offers vivid descriptions of Egyptian landmarks, which will resonate with readers of the MWA Grand Master's beloved Amelia Peabody historical series.