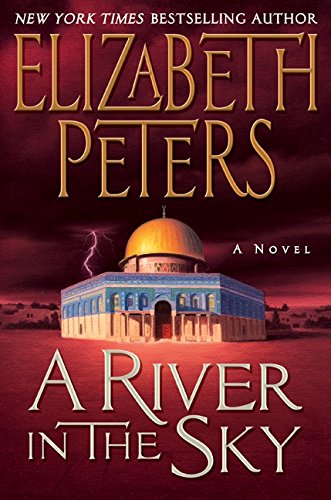 A River in the Sky

Set in 1910, the delightful 19th Amelia Peabody novel from bestseller Peters (after ) takes Amelia and her husband, Emerson, to Palestine, where an English adventurer, George Morley, is planning to excavate Jerusalem's Temple Mount in search of the Ark of the Covenant. Gen. David Spencer, the director of Military Operations in London, suspects Morley, an amateur archeologist at best, of spying for the Germans, whose influence has been growing in the Middle East. Spencer wants Egyptologists Amelia and Emerson to stop Morley from undertaking a project sure to offend the three religious groups that consider the temple site holy. Meanwhile, son Ramses embarks on a treacherous journey to convey to his parents important information learned from two travelers he meets while on a dig in Samaria. Once again, MWA Grandmaster Peters uses vivid settings, sharp characterizations, and deft dialogue to transport the reader to another time and place.