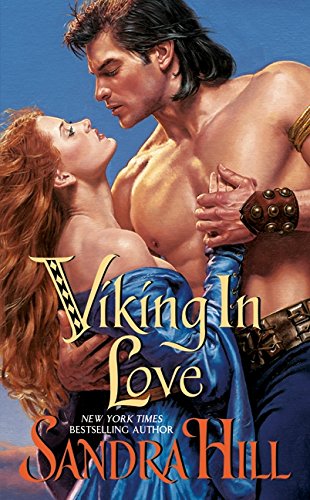 Tenth-century England is beginning to feel a little old in Hill's latest Viking adventure, her first for Avon. This is a straight historical romance, not the time-travel scenario familiar from and others in the Time of Your Life series, and without the inherent absurdity of eras colliding, the humorous anachronisms come across as forced and creaky. Breanne and her four sisters, Viking princesses all, have killed one sister's abusive husband, who inconveniently had strong ties to the misogynistic King Edgar. Their very distant cousin-by-marriage, Caedmon, has a stout castle well away from the scene of the crime, but he'll only allow them to stay if Breanne promises him 10 nights in her company—no holds barred. It's a familiar formula of war between the sexes and desire ruling all, and only Hill's fans are likely to enjoy the ride.