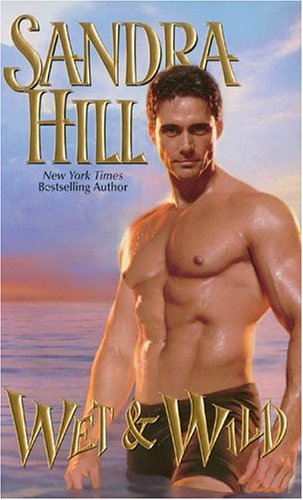 Heavy on sexual shenanigans but light on substance, Hill's newest Viking time-travel romance (after ) holds a few chuckles but is more often a cause for serious eye rolling. Like an oversize puppy, Viking Ragnor Magnusson is so good-looking and dopey that it's hard not to smile at his swaggering arrogance and lustful ways, even when he exhibits a startling lack of intelligence upon being yanked out of the 11th century and landing in a 21st-century Navy SEALs training camp. Ragnor takes the change in stride and proceeds with the SEALs training, though his surroundings are shockingly unfamiliar and everyone thinks his name is Max. Even beautiful navy doctor Alison MacLean (whom he mistakes for a "dock-whore") calls him Max. Unfazed, Ragnor launches a campaign to get Alison into his "bed furs" and helps guard her against a stalker who may have terrorist ties. The presence of the stalker/terrorist plot thread in a screwball comedy such as this is jarring, and the subplot lacks suspense. Many of Hill's attempts at humor also fall flat (for an example, one need look no further than the inane subheads littered throughout: "She who hesitates is laid... uh, lost... uh, same thing..."). This book brings new meaning to the word "lightweight," but those who relish sex scenes involving sugary condiments may find some enjoyment.