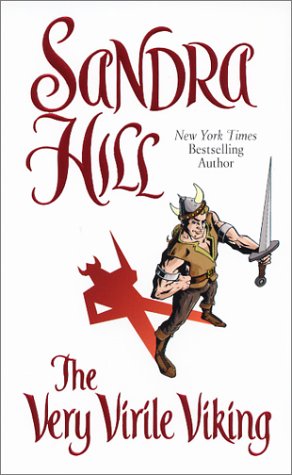 With its boisterous humor and lovable characters, the newest entry in Hill's time-travel series (following ) will charm the socks off of readers. Magnus Ericsson, a brawny Viking from the 10th century, sets out with nine of his 11 children to find new lands when his longship drifts off course and ends up smack in the middle of a Hollywood set. Mistaken for an "act-whore" auditioning for a Viking film, he snags the producer's attention as well as the interest of gorgeous realtor Angela Abruzzi. Angela agrees to take Magnus and his kids in, with the caveat that her family's Sonoma County vineyard, be the setting for the producer's next flick. Though buff, Magnus is none too swift, and it takes him a while to realize he's time-traveled. Instead, he thinks he's discovered new lands. He and Angela make ideal sparring partners and bedmates: the only problem is that Magnus has taken a vow of celibacy. Despite a daunting number of characters, Hill manages to give each child a unique voice while still keeping the focus on the sexy shenanigans between Magnus and Angela. A subplot involving a nasty neighbor who will do anything to get his hands on the winery is underdeveloped, but, all in all, this is an engaging, hilarious and entirely winsome read.