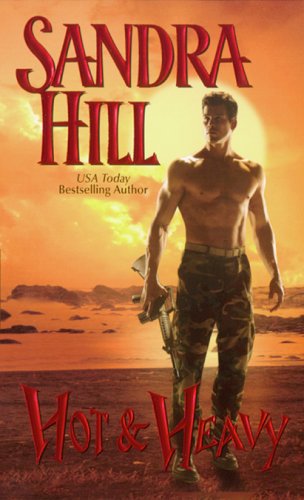 Madrene Olgadottir, an 11th-century granddaughter of a once-powerful Norseman, finds herself transported to the 21st century in Hill's playful follow-up to . Lt. Ian MacLean and his team of navy SEALs are hot on the trail of Jamal ben Hassan and his nest of terrorists in northern Iraq when they come upon Maddie, stinking of camel spit and who knows what else. Believing Maddie to be Jamal's mistress, Ian takes her into custody. Cleaned up, Maddie turns out to be a babe, one that Ian (and his "dangly parts") finds irresistible, so he isn't too put out when he's tricked into marrying her to facilitate the government's cockeyed plan to ferret out terrorists in the U.S. using Maddie as bait. Though one would expect Maddie to be frightened by the high-tech world she's been dropped into, she views this new world simply as an advanced civilization and takes it all in stride. She quickly adjusts to such oddities as "pan-teas," "dee-odor-ant," and little people in boxes (TV). The intrigue is lukewarm at best, and the romance is as generic as they come, but few authors can fuse erotica and drop-dead humor like Hill.