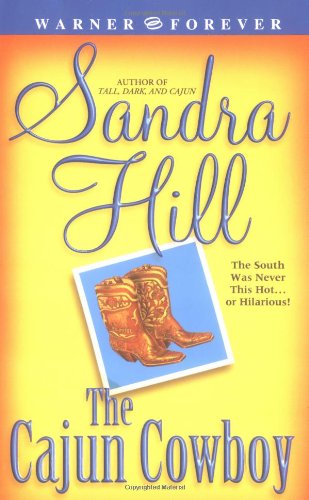 Some like it hot and hilarious, and Hill delivers both in this intoxicating addition to her Cajun Bad Boys series (after ) This time around, Charmaine LeDeux, a four-times-wed ex–Miss Louisiana with big hair and a string of beauty salons, shares the stage with her ex-husband Raoul Lanier, who has just been released from prison after serving two years on trumped-up drug charges. Charmaine is on the lam from the Dixie Mafia after borrowing money from Bucks 'r Us at an interest rate of $1,000 a day. Enter Raoul, who informs Char that they are still married and that she's half owner of his ranch. He wants a legal divorce and for her to sign over her half of the ranch to him—until he learns her life is in danger. Hiding out on the Louisiana prairie is easy since it's little known and in the middle of nowhere, but ignoring the sexual chemistry primed to explode between her and Raoul is not. Add Char's matchmaking, spandex-wearing aunt to the mix, along with three miscreant ranch hands and all the players from Hill's previous books, and the chuckles never cease. A minor mystery is thrown in for good measure, but the real fun here lies in the book's side-splitting dialogue and hotter-than-Cajun-spice erotica.