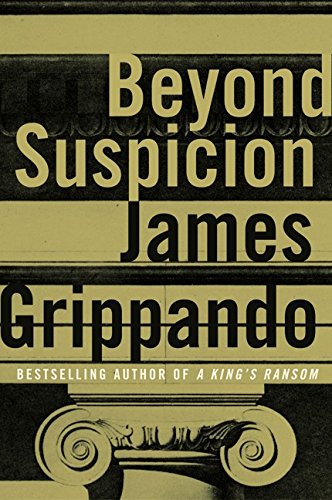 Grippando might not be the most lapidary of legal thriller writers, but he certainly has the imagination and research skills to plot up a storm. Readers of his seventh book (after ) will find themselves riveted as Miami criminal lawyer Jack Swyteck—the hero of Grippando's first thriller, —returns to discover himself and his family under attack from several corners. Jessie Merrill, a particularly hot old flame of Jack's who's now dying of ALS, has hired him in an unusual civil case involving a "viatical settlement," in which she sells an insurance policy in return for an immediate cash payment. But the doctors were wrong: Jessie isn't dying, and the shadowy consortium of Russian mobsters who bought her policy are now suing to get their money back. Jack and Jessie win the case; Jack realizes that he and the Russians have been scammed; and when a principal character turns up dead in the Swyteck bathtub, Jack's unstable wife—soon joined by a vengeful prosecutor—thinks Jack did the dirty deed. There's also a tough and dangerous young Cuban woman with reasons of her own for wanting the Russians brought down, a likable roughneck whom Jack once rescued from death row, and enough mean-spirited federal agents and prosecutors to settle a career's worth of scores for a lawyer-turned-writer like Grippando, who was a partner in Janet Reno's firm before he took up the quill.