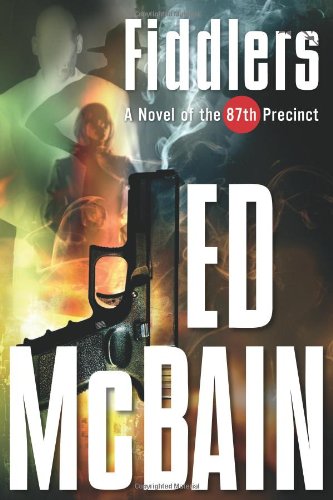 Fiddlers: A Novel of the 87th Precinct

MWA Grand Master McBain's 55th 87th Precinct police procedural suffers by comparison with 2004's as well as other top books in this iconic series, but still has plenty of good moments. A killer living the high life is exacting the last full measure of revenge. As his victims pile up, the 87th falls prey to the FMU or "first man up" rule. Since the initial victim, a blind violinist shot in the face, was done on the 87th's turf, all subsequent murders are theirs as well. More are not long in arriving; each victim shot in the face at close range with the same 9mm Glock. The whole cast of the 87th is stretched thin trying to track down clues in geographically disparate killings. This gives McBain license to update us on such matters as the romance between Bert Kling and Sharyn Cooke and Fat Ollie Weeks's courtship of Patricia Gomez. All are searching for the one lead that will pan out gold. While McBain siphons off some suspense by making the reader privy to the killer's actions, and his trademark dialogue isn't as crisp as usual, he still delivers dependable entertainment. .