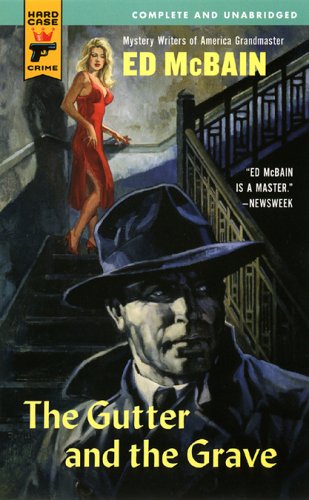 The Gutter and the Grave

First published as by "Curt Cannon" under the title (1958), this revised reissue reminds readers that the late McBain had some serious noir chops. Betrayed by a dame, former PI Matt Cordell has fallen hard and become a bum in New York City's Bowery district. Cordell's decision to help old friend Johnny Bridges, a tailor, investigate petty larceny at his store soon leads to a series of murders and some steamy encounters with the "fair sex," including a femme fatale. A strong cast of characters—from rival private eye Dennis Knowles to tailor's assistant Dave Ryan—creates a tangled web of deceit, with lies piling up faster than tokens in a subway station. But the best thing about the novel is the hard-boiled Cordell as the archetypal noir antihero, fated to failure even in success. Of necessity, the story is dated, but the pleasure of following the exploits of a forefather of such later icons as Lawrence Block's Matthew Scudder more than compensates. Fittingly, McBain has come full circle with the re-release of this revamped early novel at the end of his long and distinguished career.