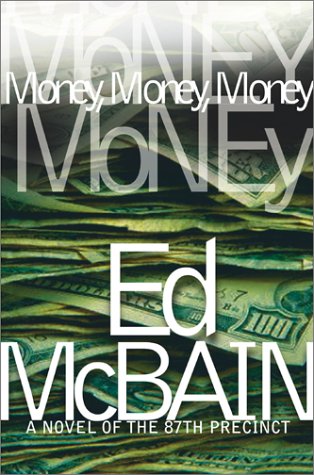 Evan Hunter has passed the century mark in books published and, writing as Ed McBain, has started on his second half-century (this is the 51st in the series) with the 87th Precinct. One of the most recognizable and reliable brand names in the mystery field, he's the only American author to be elected a Mystery Writers of America Grandmaster and to win Britain's Diamond Dagger award. Yet like Steve Carella, who has reached only the age of 40 despite his 45 years as an adult character, McBain's writing remains young, vigorous, sharp and entertaining. Christmas season in Isola is no holiday for the cops of the 87th, and a dizzying collection of small-time crooks, terrorists, drug runners, hit men and feds collide on the territory shared by the 87th and the 88th precincts. Fittingly, it is Carella, introduced in the very first 87th Precinct novel (, 1956), who takes the lead in this case. He gets an unlikely assist from the 88th's Fat Ollie Weeks, who plays both (expected) comic foil and (unexpected) hero. The minor characters are sketched as vividly as a Hirschfeld drawing, and McBain's mordant humor keeps the violence somewhat balanced. In addition to the bullets, which fly rather freely, lions, bombs, cattle prods and ice picks all play a role. Adroit scene-setting, the pitch-perfect dialogue for which he is famous and streamlined presentation of a Byzantine plot make the pages turn quickly. McBain's is a sure bet.