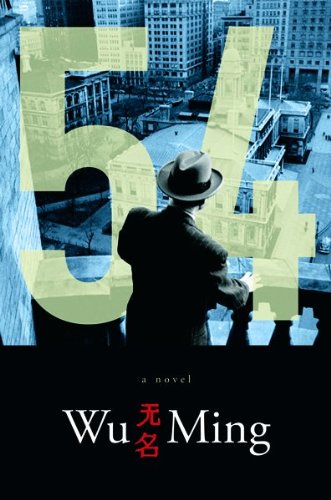 The midlife crisis of Cary Grant, the founding of the KGB and the Neapolitan years of mafioso Lucky Luciano are just three of the plot lines woven into this dense, playful and always surprising literary behemoth set mostly in the year of the book's title, at the height of the Cold War. Anchoring the tale with a relatively conventional narrative is a young Bolognese man named Robespierre (Pierre), who embarks on a transcontinental odyssey to find his father, Vittorio Capponi, a former Mussolini loyalist who left the Italian army to join the Communists in Yugoslavia. Meanwhile, Britain's spy agency MI6 approaches Cary Grant (who's in a career slump) with a bizarre proposal: the role of Yugoslavian leader Marshal Tito in a propaganda biopic. It seems impossible that the multitudinous names and story threads could converge, but, deliciously, they do—in Yugoslavia, where Grant meets Tito, Pierre finds his father, and Luciano's driver Steve "Cement" Zollo tangles with the KGB, which is about to pull off a big hit. The latest joint effort (after the novel ) from Wu Ming—a collective of five Italian intellectuals who named themselves "anonymous" in Mandarin—offers political commentary–cum–complicated escapism for the brainiac reader.