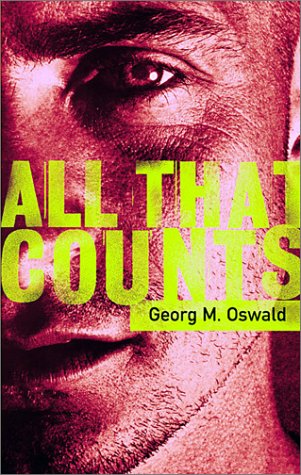 German novelist Oswald proves that it's a small world, after all, by writing a bitter sendup of consumerism and corporate culture that's every bit as shallow, ham-fisted and self-congratulatory as anything penned by his wannabe-hip American or British counterparts over the past decade. This tale of avarice, societal malaise and anomie is narrated by Thomas Schwarz, an upwardly mobile young bank executive. Deputy manager of the department of foreclosure and liquidation, Schwarz is leery of his co-workers, bored with his wife, Marianne, and hostile toward most of humanity. In Oswald's eyes, this makes him the prototypical yuppie for the new millennium. Schwarz is a jaded, cold-blooded creature who relishes the ersatz power that his job affords him: while dealing with a couple who run a comic book/music store, he sneers, "I'm going to have to teach them a bit of reality, with a good hard dose of compulsory repossession." The novel chronicles Schwartz's ultimate ruination, precipitated by a jealous superior, Frau Rumenich. She assigns him to the massive, insoluble Kosiek case, a twisted morass of financial wrangling and ancient paperwork reminiscent of Dickens's classic Jarndyce v. Jarndyce lawsuit. Of course, Schwartz fails to instantly untangle it and is fired. For the rest of the novel, he spins out of control—bickering with his wife, sleeping with a materialistic call girl and getting involved with Uwe and Anatol, a pair of bottom-feeding drug dealers. Oswald's all-out assault on the soullessness of big business and the pervasive numbness and lack of direction of today's young professionals is largely unsuccessful, full of uninspired sociological observations and peopled exclusively by militantly unpleasant characters, making for a short but onerous read.