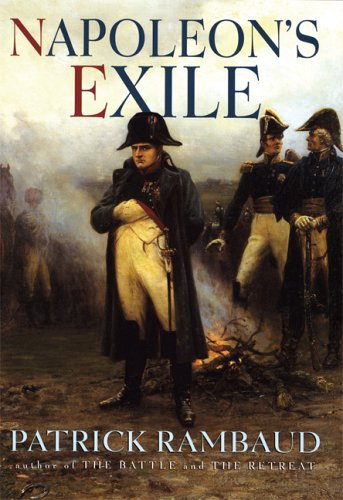 Glory is in short supply, but there is plenty of bad behavior detailed in this colorful, exhaustively researched conclusion to Rambaud's popular trilogy (volume one, , won the Prix Goncourt), mostly a character study of Napoleon during the era of his first abdication. Told from the point of view of Octave Sénécal, a fictional, loyal aide-de-camp, the book opens in March 1814, as Bonaparte's battered armies retreat toward Paris, pursued by forces from half a dozen opposing nations. While Napoleon peppers his generals with orders to assemble nonexistent armies, royalist conspirators within the terrified city are again working to restore the monarchy. This time, with the cooperation of Napoleon's marshals, the royalists force him to abdicate and exile him to the island of Elba, off the coast of Italy. Rambaud depicts numerous historical personages, warts and all, but he's at his best with his characterization of Napoleon on Elba: a seedy, overweight, petulant tyrant fighting boredom by abusing his staff, gambling, fretting, scheming and plotting his return—which he does, of course, at the book's end.