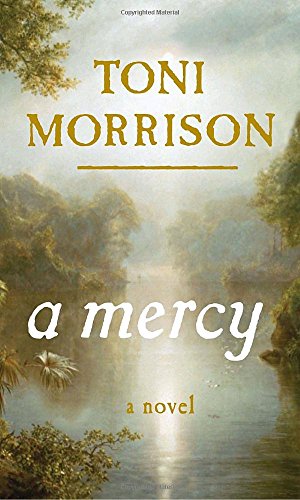 Nobel laureate Morrison returns more explicitly to the net of pain cast by slavery, a theme she detailed so memorably in . Set at the close of the 17th century, the book details America’s untoward foundation: dominion over Native Americans, indentured workers, women and slaves. A slave at a plantation in Maryland offers up her daughter, Florens, to a relatively humane Northern farmer, Jacob, as debt payment from their owner. The ripples of this choice spread to the inhabitants of Jacob’s farm, populated by women with intersecting and conflicting desires. Jacob’s wife, Rebekka, struggles with her faith as she loses one child after another to the harsh New World. A Native servant, Lina, survivor of a smallpox outbreak, craves Florens’s love to replace the family taken from her, and distrusts the other servant, a peculiar girl named Sorrow. When Jacob falls ill, all these women are threatened. Morrison’s lyricism infuses the shifting voices of her characters as they describe a brutal society being forged in the wilderness. Morrison’s unflinching narrative is all the more powerful for its relative brevity; it takes hold of the reader and doesn’t let go until the wrenching final-page crescendo.