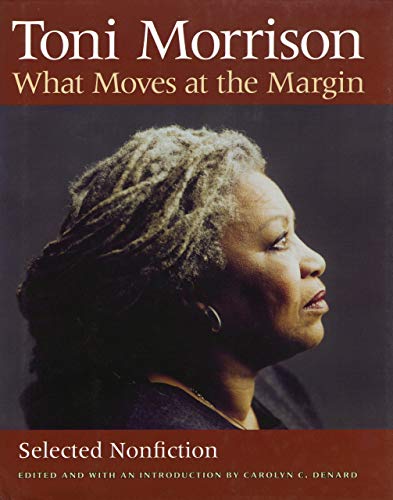 What Moves at the Margin: Selected Nonfiction

Although Morrison’s powerful novels on race and identity have secured her literary reputation, the commanding voice of her essays, speeches and reviews offers compelling insights into family, history, other writers and politics. The pieces span from 1971, when Morrison was an editor at Random House, to 2002, the year she won the Nobel Prize, and range from book introductions to thoughts on the nature of writing and reflections on 9/11. In a 1971 article, Morrison bluntly observes that black women’s response to the nascent feminist movement is, “Distrust.... They look at white women and see them as the enemy.” Following Toni Cade Bambara’s death in 1995, Morrison recalled her friend’s writing gift: “Bambara is a writer’s writer, an editor’s writer, a reader’s writer... nothing distracts from the sheer satisfaction her story-telling provides.” In a powerful address delivered to the American Writers Congress in 1981, Morrison proclaims, “[W]e don’t need any more writers as solitary heroes. We need a heroic writers’ movement—assertive, militant, pugnacious.” Denard’s judicious selections offer eloquent insights into the themes that are the rich ground for Morrison’s haunting fiction.