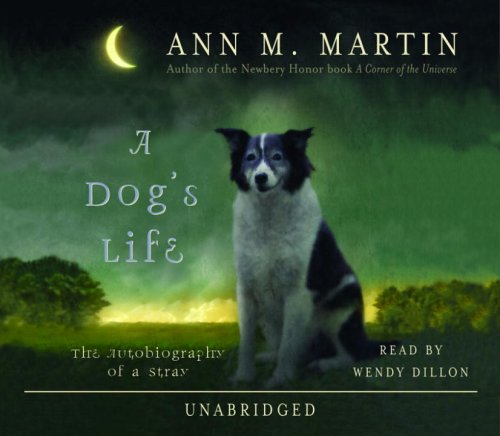 A Dog's Life: The Autobiography of a Stray

Martin's latest, told from the viewpoint of the title character—a pooch named Squirrel—could well be a primer for potential dog owners: it's a cautionary tale chronicling just about everything to do as a canine caretaker. Dillon reads with a calm and sympathetic voice, relating how poor Squirrel is abandoned and mistreated by humans, and becomes a scrappy master of survival as she wanders the streets searching for her brother, Bone, from whom she was separated early on in life. Dillon makes certain that listeners will feel the relief and slow-emerging joy Squirrel experiences when at last she finds a kind and loving owner who truly wants—and even needs—her. Though Martin is sometimes inconsistent about what Squirrel does and does not know, listeners will be too hooked on the emotional notes and occasional dramatic moments here to mind. Ages 9-up.