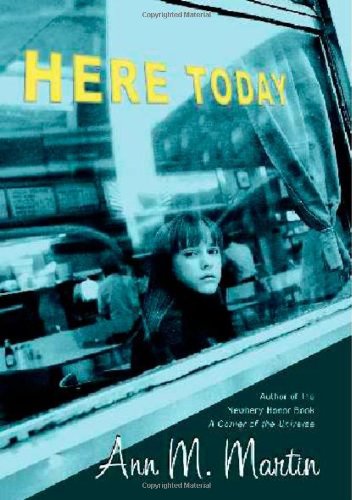 Martin, who explored with such insight the themes of ostracism and family conflict in and , affectingly reexamines them in this third novel set in the 1960s. Eleanor ("Ellie") Roosevelt Dingman, a sixth-grade resident of Spectacle, N.Y., wrestles with her feelings about her family and neighborhood, which is filled with social misfits. ("Every time Ellie neared her street she was struck by two opposing feelings, and wasn't sure how her heart had room for both of them. She felt a tugging fondness for her small house and the four other houses on the street. And she felt a pang of embarrassment at being one of the people who lived on Witch Tree Lane.") Ellie's chief source of anxiety is her mother, Doris Day Dingman, who acts more like a beauty queen than a mother. Tension mounts as Doris becomes increasingly obsessed with becoming a famous actress and grows neglectful of her children. Around the time of Kennedy's assassination, she decides to leave her family to pursue her dream in New York City. Readers may find it unsettling that Ellie fails to make a significant connection with either parent. Her attitude toward her star-struck mother and remote father is as ambivalent at the end of the story as it is in the beginning. But Ellie shows fierce loyalty to her neighbors, especially her best friend, who becomes a target for cruel jokes at school. Her strength comes from her ability to move forward with her life. Ages 10-14.