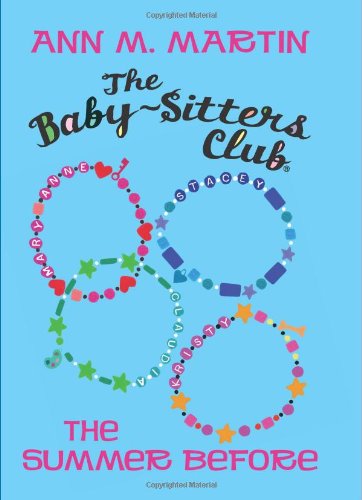 Written by turn in the voice of each girl, Martin's thoughtfully crafted prequel to the Baby-sitters Club brings the series' four protagonists through an emotional, often bumpy summer. On the eve of seventh grade, each feels stranded. Feisty Kristy resents the presence of her divorced mother's boyfriend, and thinks she's the only one in her “oh-so-happy” family who still misses her father. Shy Mary Anne begins to feel smothered by her overprotective single father, who still selects her clothes and refuses to let her babysit by herself. Both girls feel abandoned by free-spirited Claudia, whose preoccupation with her first boyfriend also alienates her older sister (who liked him first). Chiming in from a distance, Stacey is friendless in New York City and looks forward to starting a new life when she moves to Stoneybrook, Conn. Despite some passages that readers may find dated (“So we spent an enjoyable two hours swinging on the swings...”; “My gifts were lovely”), Martin credibly and affectingly blends the friends' stories and resolves their issues, while deftly foreshadowing what lies ahead. Ages 8–12.