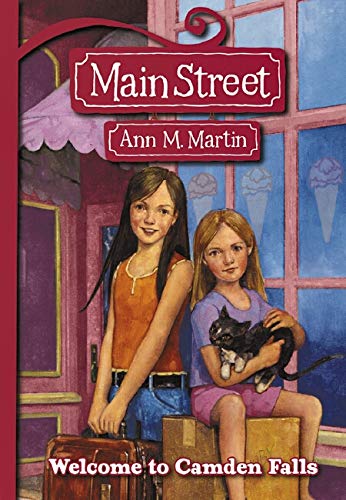 Martin launches her Main Street series with this appealing though somewhat sleepy tale, set in a small Massachusetts town. Eleven-year-old Flora and her younger sister, Ruby, whose parents died five months earlier in a car accident, come to live with their big-hearted grandmother, Min. Their new home is one of eight attached row houses, whose other residents include bright, brassy Olivia, who is Flora's age; an earnest teenage boy with Down syndrome; a pair of teenage sisters, one conscientious and kind, the other initially aloof and rebellious; and a patient, elderly man devoted to his wife, who suffers from dementia. Also playing supporting roles are a girl who lives in a run-down house on the edge of town, whose gruff, defensive veneer eventually cracks; and a mysterious older woman who does mending in Min's sewing store. A passionate needleworker, Flora relishes the hours she spends helping out and doing sewing projects in the shop. Readers may agree with Ruby—whose passion is dancing and singing—that time spent there is not all that lively. But Martin deftly reveals the novel's affecting underpinning—the girls' adjustment to their new life without their parents. Helping sensitive Flora with the transition is her discovery of her mother's diary and a box of old photos and letters, which helps her feel that indeed there "was a place for her in this room, in this house, in this town." The sisters begin school in their new town in , due in August. Ages 9-12.