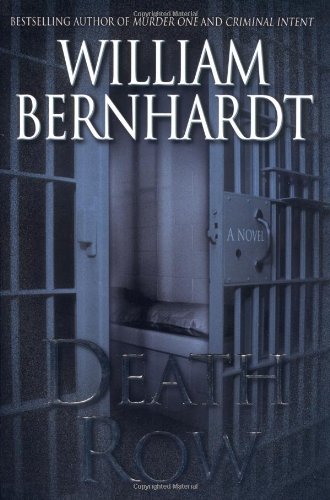 An arresting opening sequence gets this latest crime thriller by bestselling Bernhardt (, etc.) off to a running start, with Oklahoma lawyer Ben Kincaid back for another high velocity courtroom adventure. Seven years before the central events of the novel, a gruesome family massacre puts food flavorist Ray Goldman on death row, despite Kincaid's vigorous defense, on the strength of the incriminating testimony of the 15-year-old sole survivor, Erin Faulkner. Seven years later, Goldman has been given a 30-day reprieve from lethal injection, but time is running out. Simultaneously, a regretful Erin reappears in Kincaid's office, confessing that she was coerced by assertive DA Jack Bullock into making a positive ID in court. This development is just what the defense needs to free Goldman from his sentence, but before she can testify, Erin is found dead, an apparent suicide victim. Foul play is immediately suspected, and Kincaid and his detective buddy Mike Morelli spring into action, the latter hoping to redeem himself after an initial botched investigation. Kincaid and co-counselor Christina McCall desperately buy more time in court from spiteful Judge Derek and are spurred on when Erin's friend Sheila Knight winds up dead in what looks like another suicide. Some readers will be disappointed by Kincaid's minor role in the solution of the crime, but he returns to center stage in the courtroom finale. Bernhardt slips too often into flabby writing ("She had been a bit pudgy as a teenager, but judging by appearances, that baby fat was long gone") and plodding dialogue ("Did you see Erin on the day she... passed?"), but lively plotting should keep fans satisfied.