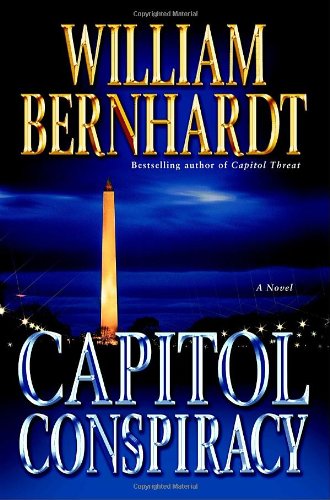 In Bernhardt’s improbable 16th political thriller to feature Ben Kincaid (after 2007’s ), President Franklin Blake survives an audacious terrorist attack at a ceremony marking the anniversary of the Murrah Federal Building bombing in Oklahoma City, but the first lady does not. Kincaid, the junior Democratic senator from Oklahoma, finds himself backing a proposed constitutional amendment that would place vast emergency powers in the hands of a few men and allow for the suspension of most civil liberties. Kincaid’s new wife and chief of staff, Christina, works to identify those behind the new Oklahoma City outrage, a group that may include that genre staple, the corrupt insider. Besides getting details wrong (the Department of Homeland Security is led by a secretary, not a director), the author fails to give the Kincaids worthy adversaries (two Secret Service agents posing as lobbyists try to intimidate Christina with compromising photos of her husband, but one of them forgets to remove his Secret Service lapel pin). Some readers may regard this effort as an unhappy melding of and the Patriot Act.