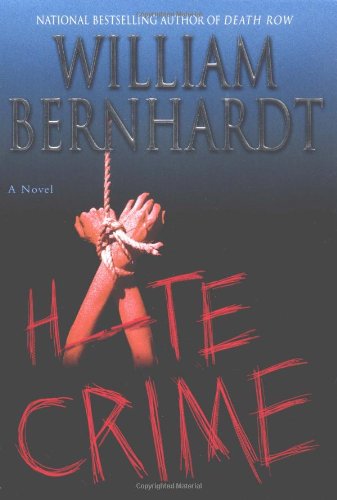 Bernhardt sticks to his tried-and-true formula in his 13th novel to feature Tulsa defense attorney Ben Kincaid. An odious criminal defendant is foisted on Kincaid's practice: Johnny Christensen, a hate-filled frat boy accused of beating a gay man to death outside a singles bar in a Chicago suburb. Despite Kincaid's reluctance to take the case (at first, he flat-out refuses, for reasons he keeps hidden), he and partner Christina McCall put up the best criminal defense they can, allowing Bernhardt to explore issues of justice and contemporary mores while keeping the tension high. The well-paced plot weaves the hate crime of the title together with an Oklahoma kidnapping, Kincaid's romantic past, another grisly unsolved murder and a detective gone bad. In between, Bernhardt introduces readers to a straight male prostitute named Charlie the Chicken, a poetry-reciting homicide cop, a Christian social organization that opposes homosexuality above all else and a gay activist group that dabbles in courtroom executions and terrorism. Bernhardt places a premium on the plot twists, and his characters sometimes act in unlikely ways in service to the surprise. It should also be noted that the primary villain proves as eager to provide exposition of the scheme once nabbed as the typical bad guy. That said, Bernhardt offers another good read, full of courtroom fireworks, double-crosses and even a bit of romance.