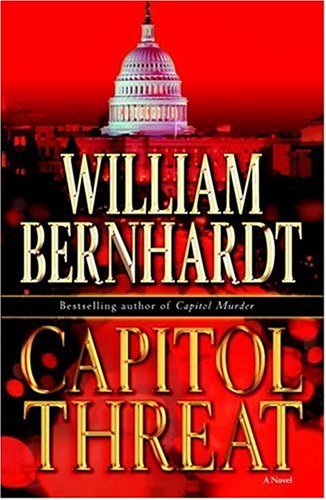 Set in a near future in which "the Christian Congregation, one of the most powerful lobbies in the country... helped put the last three Presidents in office," Bernhardt's 15th political thriller (after ) to feature Oklahoma attorney Ben Kincaid opens with an intriguing premise, but rapidly devolves into a series of improbable twists and turns. Thaddeus Roush, the Supreme Court nominee of Republican President Blake, confounds his natural base on the right by coming out of the closet ("Ladies and gentlemen, I am a gay American") during the Rose Garden ceremony announcing his selection. The reverberations from this shock wave are still being felt when Roush finds an unknown woman's corpse in his home during a televised press conference. The Democratic Party leadership turns to Kincaid, newly appointed to complete the term of a former Oklahoma senator, for help in saving Roush's nomination. Unfortunately, the book lacks the credible insider information that might offset the unlikely plot developments, while too many supporting details (tokens in the D.C. Metro?) ring false.