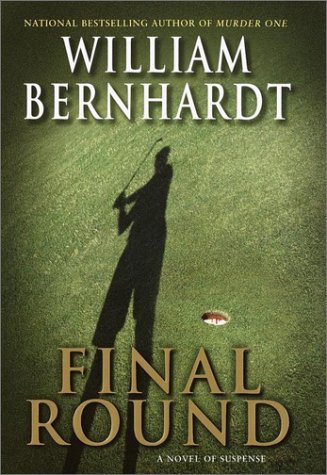 Connor Cross, golf pro/first-time sleuth, is a Peck's bad boy whose antics are threatening to get him kicked out of the Masters tournament at Georgia's snooty Augusta National Golf Club in this entertaining if implausible whodunit from veteran Bernhardt (; ; etc.). Cross can't seem to take anything seriously, not even his own game, which is suffering grievously. But when his best friend is found murdered and he's suspected of the crime, Cross takes it very seriously indeed, especially after he learns that the murder weapon was his own nine-iron. He soon teams up with red-haired Lt. Nikki O'Brien of the Augusta P.D., who would rather arrest him than accept his assistance. In the pair's running duel of words, the chemistry Connor and Nikki generate consistently delights. You don't have to be a golfer to appreciate the anecdotes about actual events at past Masters that introduce each section. Bernhardt may resort to a B-movie ending with the real killer trying to evade capture by seizing the heroine around the neck (you just know that sucker's not going to make it out the door), but he's clearly having fun with the genre clichés and so will the reader.