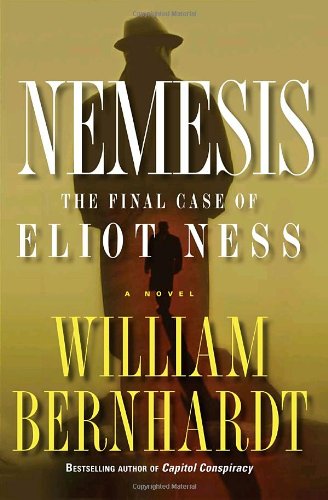 Framed by an older Eliot Ness reminiscing with a biographer in 1957, this uneven imagining of the later career of the famed lawman by Bernhardt ( ) takes place mostly in mid-1930s Cleveland. Hired as the city's new safety director, Ness focuses his efforts on cleaning up a town mired in gambling, racketeering and juvenile crime. When dismembered corpses start turning up around Kingsbury Run, a notorious slum, public pressure forces Ness to put his anticorruption plans on hold and turn his attention to catching the Torso Murderer. As more bodies appear, Ness takes drastic steps to smoke out the killer, a gamble that could cost him his career and his life. While Bernhardt's research into Ness's last major case and one of the country's first serial killers is commendable, his heavy-handed prose style turns what should have been a crackling procedural into a plodding melodrama.