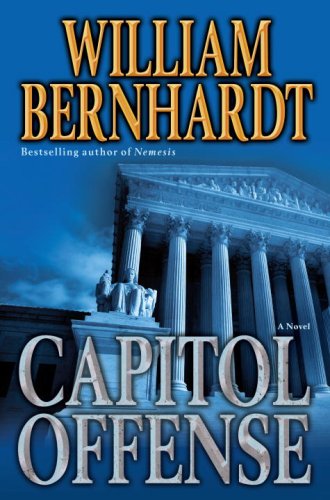 Ben Kincaid is back in Tulsa, Okla., after finishing a term as an appointed U.S. senator at the start of Bernhardt's solid 17th thriller to feature the humane, principled lawyer (after ). Dr. Joslyn Thomas spends seven days trapped in the wreckage of her car after a terrible accident before dying. During this period, her frantic professor husband, Dennis, tries to persuade police detective Chris Sentz to open a missing person case, but, inexplicably, Sentz resists until Joslyn is dead. Later, Dennis goes to a hotel where Sentz is conducting an undercover sting operation and shoots—or maybe doesn't shoot—the detective. Ben has a political campaign to plan, but since he's always a soft touch for impossible legal cases, he's easily talked into defending Dennis against a murder charge. Series fans will be happy with the legal and romantic byplay, but those who expect a complete resolution to the case will be disappointed.