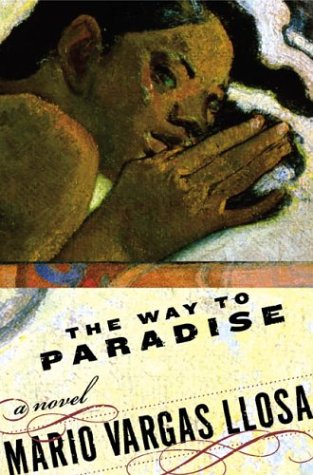 THE WAY TO PARADISE

Postimpressionist painter Paul Gauguin's dramatic life inspired Somerset Maugham's classic ; now Vargas Llosa takes his turn re-imagining the artist's story in an intricately detailed novel that also chronicles the life of Gauguin's feminist-socialist grandmother, Flora Tristán. Splitting the narrative between Tristán's tour of France in 1844, which she made to recruit support for her Workers Union, and Gauguin's life after landing in Tahiti in 1891, Vargas Llosa shows how each sought something—be it social reform or artistic truth—greater than themselves. The illegitimate child of a Peruvian man and a French woman, Tristán flees her villainous husband and makes her way to Peru, where she hopes to claim her inheritance from her late father's Peruvian relatives. When she fails, she returns to Europe and throws herself into radical politics. Gauguin's story is better known—the abdication of bourgeois existence for art; the brief, conflicted cohabitation with Van Gogh; the voyage to Tahiti; the sexual escapades there, and the ravages of syphilis; the final voyage to the Marquesas Islands—and Vargas Llosa tells it carefully. His twin tales achieve force and momentum through the sheer accumulation of detail and the relentlessly chronicled physical decline of both protagonists. But though usually a master of rhetoric and tone, Vargas Llosa loses his footing here, syncopating his account with second-person remarks that condescend to his characters ("Alas, Florita! It was all for the best that it hadn't happened, wasn't it?"; "[Y]ou weren't dreaming of anything so foolish, were you, Paul?"). Flora Tristán deserves to be better known, and this novel should accomplish that goal. But despite Wimmer's excellent translation, Vargas Llosa's latest too often feels like a weighty, unwieldy account of two exciting lives, which does neither its subjects nor its author's past artistry a service.