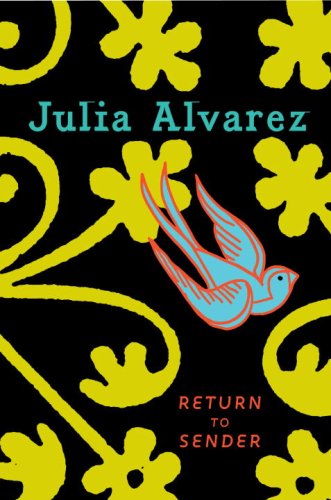 After Tyler’s father’s accident, his family hires undocumented Mexican workers in a last-ditch effort to keep their Vermont farm. Despite his reservations, Tyler soon bonds with a worker’s daughter, who is in his sixth-grade class. His problems seem small compared to Mari’s: her family fears deportation, and her mother has been missing since re-entering the States months ago. While this novel is certainly issue-driven, Alvarez ( ) focuses on her main characters, mixing in Mexican customs and the touching letters that Mari writes to her mother, grandmother and even the U.S. president. Readers get a strong sense of Tyler’s growing maturity, too, as he navigates complicated moral choices. Plot developments can be intense: Mari’s uncle lands in jail, and her mother turns out to have been kidnapped and enslaved during her crossing. Some characters and sentiments are over-the-top, but readers will be moved by small moments, as when Tyler sneaks Mari’s letter to her imprisoned uncle, watching as the man puts his palm on the glass while Tyler holds up the letter from the other side. A tender, well-constructed book. Ages 8–12.