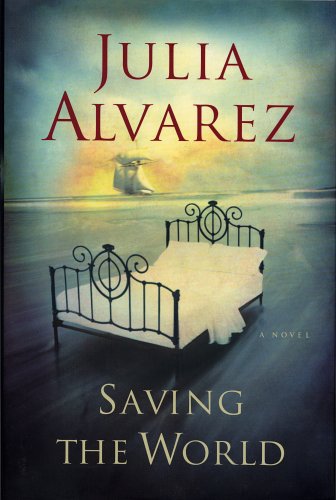 In Alvarez's appealingly earnest fifth novel (after ), two women living two centuries apart each face "a crisis of the soul" when their fates are tied to idealistic men whose commitments to medical humanitarian missions end in disillusionment. Alma Heubner's husband, Richard, goes to the Dominican Republic to help eradicate AIDS, while Alma, a bestselling Latina writer, stays at home in Vermont to work on a story about a real, ill-fated 19th-century expedition chaperoned by Doña Isabel Sendales y Gómez, the spinster director of a Spanish orphanage who agrees to vaccinate 20 of her charges with cowpox and bring them from Spain to Central America to prevent future smallpox epidemics. While the leader of the anti-smallpox expedition, Dr. Francisco Balmis, and Richard see their missions collapse in defeat, Doña Isabel and Alma surmount their personal depressions to find inner strength. Alvarez depicts her two heroines with insightful empathy and creates vivid supporting characters. But her effort to find resonating similarities between the intertwined plots sometimes feels contrived, and the details of Doña Isabel's odyssey slow the momentum. The narrative culminates in a compelling scene in which greed and ineptitude trump idealism, dramatizing the question of whether the means are ever justified by the ends.