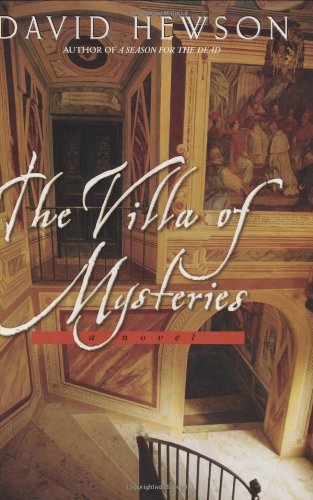 THE VILLA OF MYSTERIES

This second, slightly uneven entry in British writer Hewson's Nic Costa series ( ) picks up as the Italian detective reluctantly returns to work following a six-month hiatus after being wounded and losing his partner. Stable now—but not fully recovered—he and new partner Gianni Peroni (also damaged goods) are assigned to investigate a somewhat odd archeological find. While sifting for treasure along the banks of the Tiber, an American couple discovered the body of an adolescent girl, perfectly preserved in the rich peat. Apparently the sacrificial victim in some ancient Dionysian ritual, the girl sports an unusual tattoo and was buried with a coin in her mouth. As is soon revealed, though, her death was recent. The plot thickens when British tourist Miranda Julius reports that a mysterious man on a motorbike has abducted her 16-year-old daughter, Suzi, who resembles the dead girl. Costa and Peroni are soon joined by anti-Mafia agent Rachele D'Amato, though it's unclear how the mob is involved in the affair. Hewson does a stellar job bringing all these disparate characters together, but Costa misses and misinterprets obvious clues, asks too few questions and wraps the case up too quickly, straining credibility. Though not as tight as Hewson's first Nic Costa title, this is an atmospheric follow-up, steeped in dark ritual.